Named after the patron saint of the diocese, St. Michael’s International School was founded on a firm foundation of Christian principles, which continue to this day. It is part of an international educational tradition extending back to 1893 when its predecessor, the English Mission School (EMS), one of Japan’s first international schools, was founded.

Arising from the joint efforts of Miss Leonora Lea, an English Missionary who remained in Kobe during World War II, and Bishop Michael Yashiro of Kobe’s St. Michael’s diocese, the school officially opened for international school children on 10th March 1946 with a special event which was attended by Sir Vere Redman, who represented the British Embassy and travelled from Tokyo for the occasion. In addition, an English Language Section was opened at the same time for adults wishing to learn English, as it was the intention of the founders to create a place for people of all ages and circumstances to learn. Initially this section targeted Japanese students but today it caters for people of many nationalities. 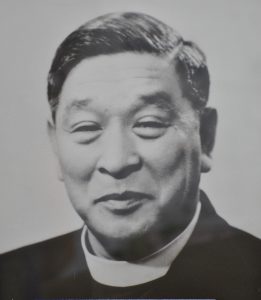 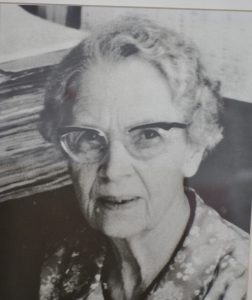 Both sections of St. Michael’s have played important roles in its history. This dual structure has continued to the present and makes St. Michael’s unique as it is the only school in Japan to offer this type of programme.

Throughout the years tradition has played an important role in our growth. The school is many things to many people and over the years St. Michael’s has welcomed students from every corner of the globe. It is a common occurrence to have family members visiting the school to reminisce about their time, remembering old friends and events.

Throughout its history and continuing today, St.Michael’s is a small and friendly school, which ensures that the students are educated in a pleasant atmosphere conducive to the development of understanding, tolerance and friendship towards people of all nationalities and creeds. The development of character and sensitivity to major global issues are important objectives, together with a firm academic foundation in all subjects. The school aims to educate for the future, while maintaining the traditions imparted by our founders.

The St. Michael’s Legacy: Something of which to be Proud

Much has been written about St. Michael’s over recent years as the school enjoys an enviable reputation for academic excellence, which it aims to enhance still further over the years to come.  However, when looking at the school of today we can take an even greater pride in our school when we remember where it has come from.  The first thing worthy of note is that St. Michael’s, like any other reputable schools elsewhere in the world, including the Indian subcontinent, represents an Anglican educational tradition.  In our case a tradition that extends back 117 years into the Meiji era.  Without this, it is doubtful that St. Michael’s would ever have been founded.

The Early Years
In a nutshell, an Anglican school has existed on the present Tor Road site since 1893, a goat shed once marked the spot where the new Miss Leonora Lea Memorial Building now stands, immediately to the north were paddy fields and a strawberry patch, and as for the student body this consisted mainly of Japanese, including naturalized Japanese from the Bonin Islands – all boys – the school itself being known as the Kenko Gijiku.  Teachers were assigned to the school from a British missionary organization, the Society for the propagation of the Gospel (SPG).  Mr Hughes was the first headmaster, subsequently replaced by Mr Walker, who remained with the school until its forced closure in 1941.

20th century growth
The early years of the 20th century were good ones for international school development, for rapid economic growth, buttressed by Japan’s expansionist foreign policy and industrialization, contributed to an attendant growth in overseas commercial interests in Japan and demand for international education accordingly.  Catering to tshi demand, the school was transformed as a result: an English medium of instruction replaced Japanese, a new name, the English Mission School (EMS), a coeducational enrolment and a curriculum designed to prepare young people for opportunities in the growing business environment in Japan and for entry to British universities.  In the 1930, however, a less favourable wind began to blow with the rise of nationalism, foreign policy in the hands of the military and with war clouds gathering on the horizon.  Many families left, others were interned after war was declared, and the school itself was taken as enemy property and used for government purposes throughout the war years, until destroyed in a B.29 raid in early 1945.

The seeds of rebirth
It was among the ashes of the EMS that Miss Lea and Bishop Yashiro discovered the seeds of reincarnation.  St. Michael’s International School arrived on the scene not through a phoenix-like explosion of rebirth, but rather through a careful process of planting and nurturing.  From the makeshift tatami room classes in Miss Lea’s house to the shack that opened its creaking doors in April 1946 it was a battle for survival given the absence of equipment, funding and just about everything else.

The growth years and a heritage worth remembering
Thanks to the perseverance of all involved in this early struggle, particularly the school’s handful of dedicated teachers, St. Michael’s was slowly able to establish its roots in a firmer foundation.  Just as the EMS benefited from economic expansion in the early 20th century, St. Michael’s was able to do likewise in the second half.  Finally, from the early Bonin Island-linked Kenko Gijiku, through the EMS phase to the post-Pacific War shack, when equipment of any kind simply did not exist and when exercise books consisted of handfuls of unused receipt forms, and then on into the future to its new academic building and joint accreditation of recent years, surviving the crisis of the 1995 Kobe Earthquake on the way, St. Michael’s certainly has a colorful history and one that we should be proud of and attach to our memories of our school.

#smiskobe exploring diversity, inclusion, equality & justice to support our work with all of our learners #community #collaboration #respect #compassion @The_IPC

Educators are lifelong learners too! #smiskobe exploring ways to meet the developmental needs of all of our young learners in partnership with The Kento Center #collaboration #communication #community #professionaldevelopment @The_IPC

This website uses cookies to improve your experience while you navigate through the website. Out of these, the cookies that are categorized as necessary are stored on your browser as they are essential for the working of basic functionalities of the website. We also use third-party cookies that help us analyze and understand how you use this website. These cookies will be stored in your browser only with your consent. You also have the option to opt-out of these cookies. But opting out of some of these cookies may affect your browsing experience.
Necessary Always Enabled
Necessary cookies are absolutely essential for the website to function properly. This category only includes cookies that ensures basic functionalities and security features of the website. These cookies do not store any personal information.
Non-necessary
Any cookies that may not be particularly necessary for the website to function and is used specifically to collect user personal data via analytics, ads, other embedded contents are termed as non-necessary cookies. It is mandatory to procure user consent prior to running these cookies on your website.
SAVE & ACCEPT